Bluetana takes 3 seconds to detect illegal card skimmers, unlike law enforcement agencies who can take up to 30 minutes for inspection.

In 2018, the U.S. Secret Service estimated that every year, approximately $1 billion are stolen by crooks using card skimmers. This makes it over $350,000 every day and highlights the fact that it has become a lucrative way of making quick money.

The biggest hurdle in preventing card skimming attack is that it is virtually impossible for a layman to identify card skimmers at gas pumps and ATM machines.

However, the good news is that computer scientists at the University of California San Diego’s (UCSD) Jacobs School of Engineering have developed an app for smartphones that would let users detect if there is a card skimmer installed on the gas station pump they are about to use.

Dubbed Bluetana by researchers; the app only takes 3 seconds to detect illegal installation, unlike law enforcement agencies who can reportedly take 30 minutes for inspection. Bluetana does it by detecting the Bluetooth signature of card skimmers that are placed in the gas pumps – All this without physically opening the gas pumps.

“All criminals have to do is download the data from the comfort of their vehicle,” said Nishant Bhaskar, a Ph.D. student in computer science at the University of California San Diego and the study’s first author.

According to the study, 44 officials from law enforcement and security agencies tested Bluetana for over a year. As a result, the app successfully detected 64 card skimmers after conducting Bluetooth scans on at 1,185 gas stations across six U.S. states – Two of such skimmers included those which evaded detection for six months. 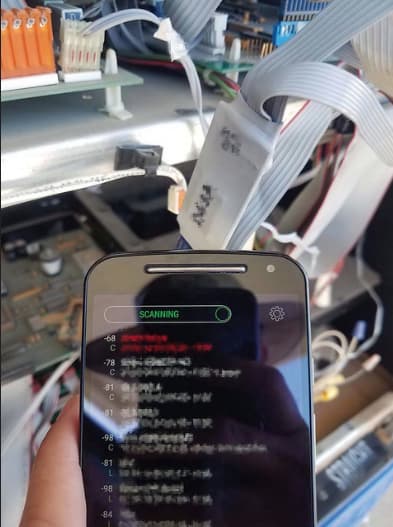 Bhaskar maintains that the difference between Bluetana and other card skimmer scanning apps is that it uses an algorithm designed to reduce the false positive rate and detect more skimmers. Since a number of similar apps use nearby data while scanning for card skimmer, for instance, weather sensors, speed-limit signs, and even fleet tracking systems. Bluetana, on the other hand, is equipped with Bluetooth technology to avoid doing so and display authentic results.

“Bluetana extracts more meaningful data from the Bluetooth protocol, such as signal strength, than existing skimmer detection applications. In a few cases, our app was able to find devices missed by visual inspection,” said Maxwell Bland, a Ph.D. student in computer science at UC San Diego and study coauthor.

Normally, a card skimming device cost less than $20 but it helps crooks makes big bucks depending on how busy the gas pumps are. It is unclear if researchers will release the app for public or it will be limited to law enforcement officials.

Nevertheless, Bluetana will definitely work as a helping hand for law enforcement to detect the illegal installation and prevent unsuspecting users from becoming victims of credit and debit card related crime rate.